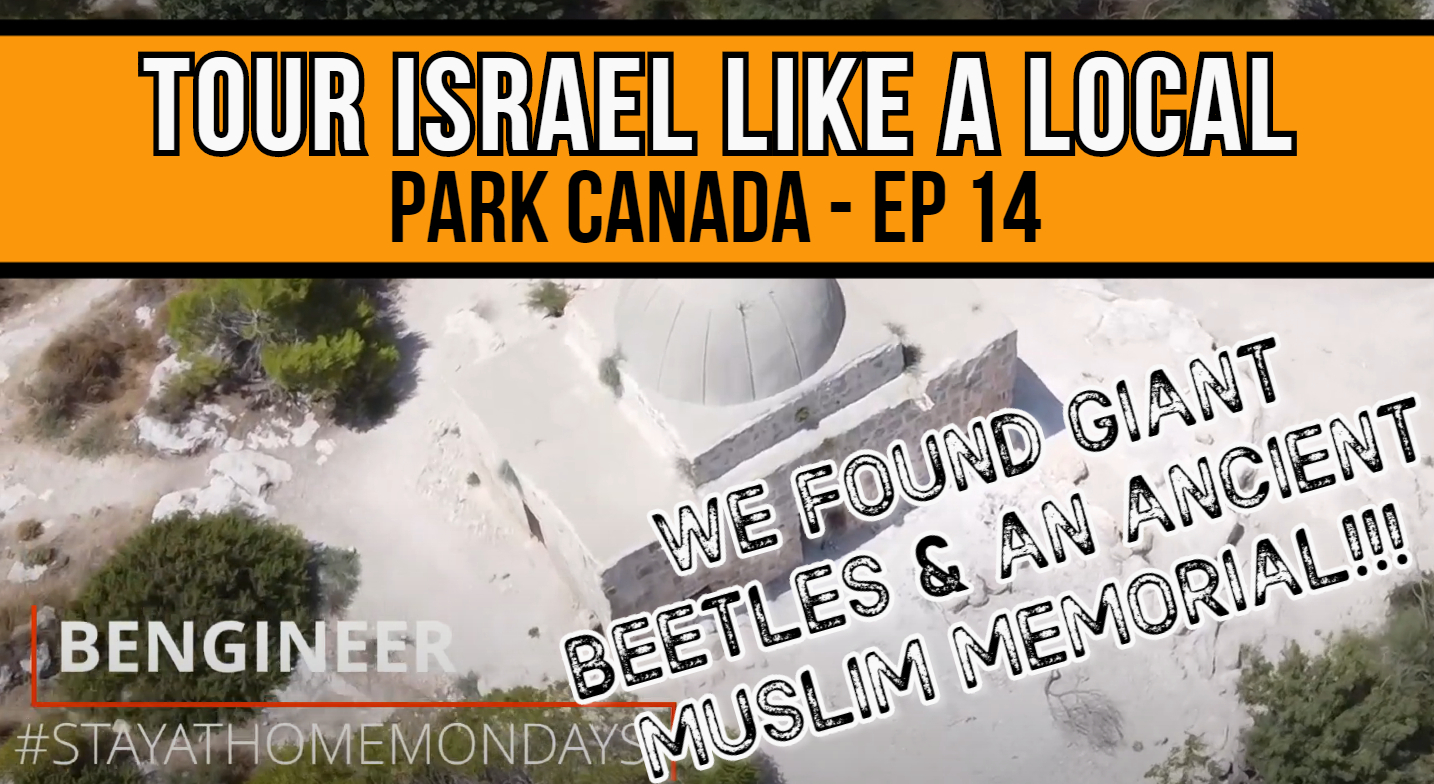 WE FOUND GIANT BEETLES & AN ANCIENT TOMB IN PARK CANADA!!!

Posted on February 14, 2021April 7, 2021 by Bengineer
I took my 2 oldest to explore Ayalon Canada Park located in central Israel between Jerusalem and Tel Aviv. We discovered the Tomb of Ibn Jabal, a cave, and PHD student, Tomer Urca, who is tracking giant beetles with mini trackers! Oh, and there are also some incredible drone shots of the park and its breathtaking views!
Ayalon Canada Park is named after the Ayalon Valley that lies at its feet, and in recognition of the contribution for its development from friends of JNF Canada. A national park stretching over 7,000 dunams. The park is rich in natural woodland scenery, planted forests, and especially fruit trees, which can be seen throughout the area. There are fascinating historical sites in the park and around it, such as an aqueduct, burial caves, secret tunnels, a crusader castle, and church ruins. In the Maayanot Valley and at the Date Palm Spring, large recreation areas have been developed for leisure activities in natural surroundings, including a beautiful manmade lake. It covers an area of seven thousand dunams north of the Jerusalem – Tel Aviv highway, between Shaar Hagai and the Latrun Interchange. The tomb of Sheikh Ibn Jabal commemorates the legendary character of the Muslim warrior Ibn Jabal, who perished, according to tradition, in an epidemic that plagued Muslim forces in Emmaus in 639 CE. An inscription found above the doorway to the tomb attests that the building was erected in 1288 CE by the Mamluk ruler of the Jerusalem stronghold.
DON’T FORGET TO SUBSCRIBE: http://bit.ly/SubToBengineer